Scotney Castle was originally a 12th century fortified manor house, founded by Lambert de Scoteni. In 1378, Roger de Ashburnham founded an irregular stone quadrangle castle, with an outer ward apparently in response to the threat of invasion by France. For 350 years Scotney Castle was the home of the Catholic Darell family.The circular Ashburnham Tower reflected in the castle moat is the only one of the four original towers left standing. In the 1830's Edward Hussey transformed the medieval Scotney Castle from derelict dwelling to quaint ruin, thus forming the focus of his picturesque landscape garden, which he called his pleasure gardens. The property is now looked after by the National Trust.
Beautiful Pictures of England map of England/counties-map.
The United Kingdom consists of 4 constituent countries, which are not independent countries, but "countries-within-a-country", autonomous entities that share citizenship, a national parliament, and defense forces.
Culturally they are often considered separate nations, for example in European sports leagues.
British pounds are the currency used in the constituent countries,
though each countries has its own coins and bills with their own countries' symbols and cultural heritage reflected.

Each UK constituent country is divided into counties. There are 82 counties in England.
Scotland has 33 counties. The country of Wales has 23 counties. And Northern Ireland has just 6 counties.
Ireland is not part of the UKIn 1994 England was divided into 9 regions which sit above counties as a level of local government. However in reality they have very little power apart from London. 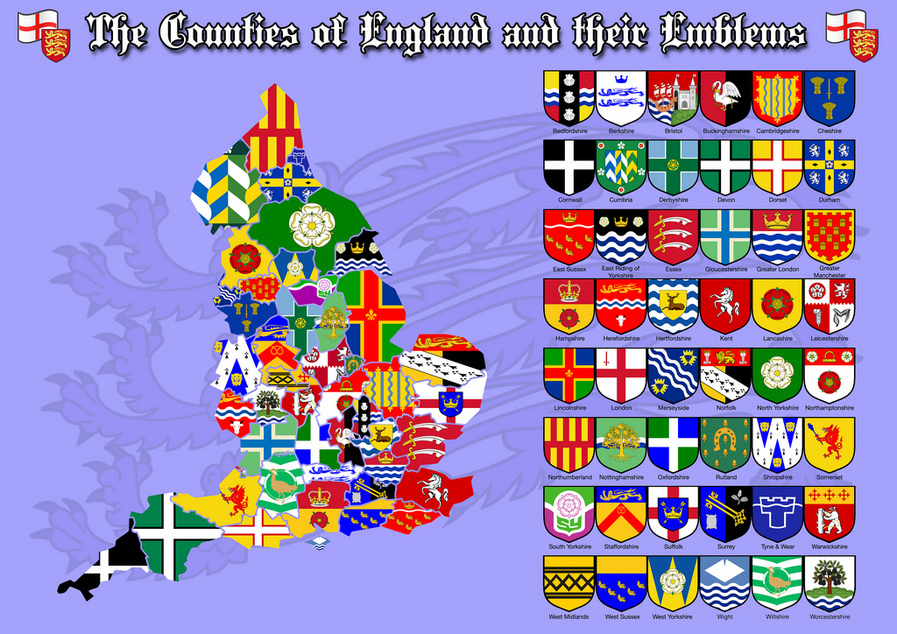