From the little town of Ripley, Mississippi,
the Lord has called Carroll Roberson to minister to people all over the world.
After being saved by the Lord's grace at the age of twenty-eight
and after the Lord bringing him through a cancerous operation on his throat one year later,
Carroll went into full-time ministry. After serving two years as a pastor,
he felt the Lord leading him into evangelism. Since 1987,
Carroll has been preaching revivals crusades, and singing his music for our wonderful Saviour
to millions of people. Carroll's music has opened numerous doors over the years
for him to share Jesus Christ in word and song. 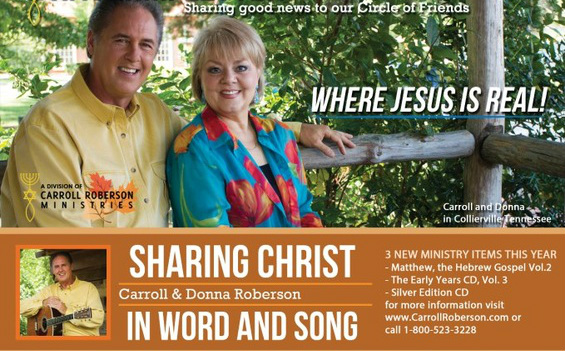 Biography
Roberson was born July 17, 1955 in Ripley, Mississippi.
He read the Bible growing up but did not surrender his life to Christ until 1983.
One year later, he was diagnosed with a cancerous growth on his throat.
With no promise that he would be able to talk anymore,
Roberson underwent thyroid surgery and was able to sing again within three weeks.
Shortly after, Roberson surrendered to full-time ministry.
After serving as pastor of a Baptist church in his home town for two years,
Roberson organized Carroll Roberson Ministries with a board of directors
and went into full-time evangelism with his office stationed in his home town of Ripley, Mississippi.
Through revivals, crusades, and concerts, Roberson keeps a two-year schedule around the country.[1]

Music career
Roberson is well known for his singing and has written over 300 songs and recorded over 40 albums.
He has had national success with songs like "Wilt Thou Be Made Whole", which stayed at #1 on the Singing News charts in 1995 for two months, as well as 15 top-ten songs throughout the late 1990s.
Roberson has had over 50 songs in the gospel music charts since 1988.
Roberson has also received numerous nominations and awards for his singing,
including the Top Soloist award from VoiceMagazine and Hearts Aflame Soloist of the year in 1998.[2]

Television ministry
Roberson has a weekly 30-minute television program called This Is Carroll Roberson,
which is seen in millions of homes all over the world on The Church Channel.
The television program features straightforward Bible preaching and gospel music
accompanied by his wife, Donna, and is filmed across the country with an outdoor setting.[3]

Holy Land tours
Roberson has been hosting tours to Israel since 1993. He has also filmed several teaching DVDs in Israel.
Visiting the home of the Hebrews is something Roberson believes is very useful, and he regularly researches the scriptures from the Hebraic perspective. Much of his time is devoted to Jewish studies on Jesus as the Messiah.
He is working on an in-depth commentary on the gospel of Matthew.[4]
wikipedia/Carroll_Roberson 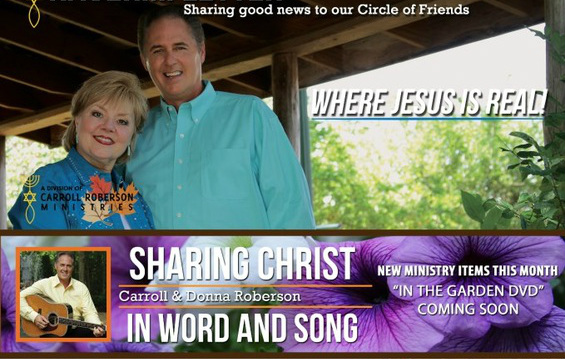