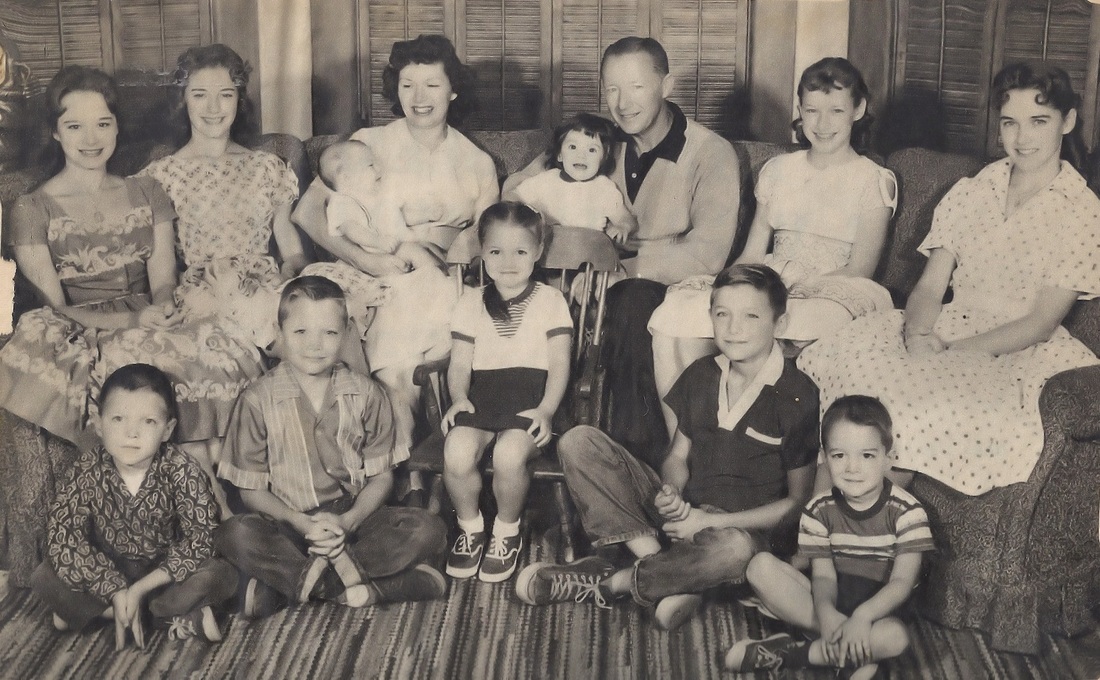 The Lennon sisters, Kathy, Peggy, Janet, Deedee
Christmas eve 1955 television audiences watched four sisters, with pure harmony
sixteen-year-old Dianne (Dee Dee) - middle notes and lead
fourteen-year-old Peggy - singing the high harmony
twelve-year-old Kathy - low alto
and nine-year-old Janet Lennon -middle notes and lead
The Lennon Sisters, made their 1955 television debut on The Lawrence Welk Show,
singing an a cappella version of "He".
America fell in love with these four girls and their sweet, innocent, and angelic voices,
and The Lennon Sisters became regulars on The Lawrence Welk Show,
performing on his show every Saturday night for the next thirteen years.
They scored their first hit "Tonight, You Belong to Me" in 1956.
They were a mainstay on the series until 1968, then in 1969 began their own ABC musical variety series
LAtimes.com/-Lennon-Sisters-story


"The Best Times"
Part 2 The Lennon Sisters.
Great interviews by all.

The Lennon Sisters on The Lawrence Welk Show 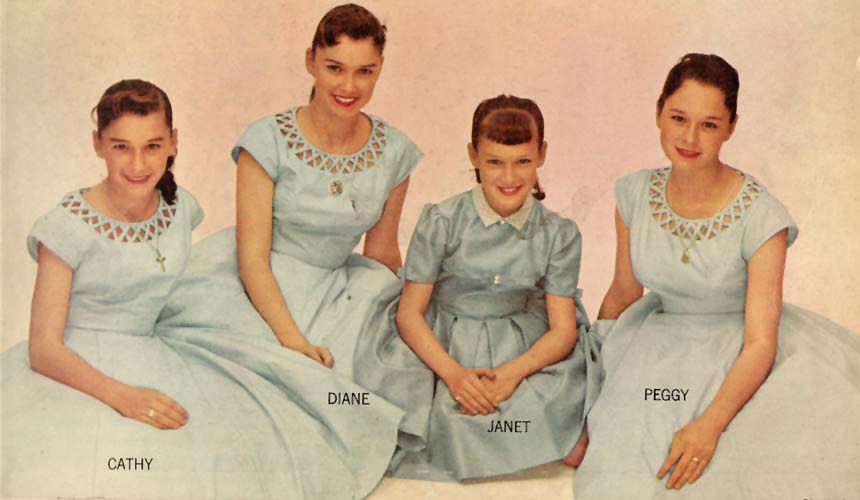 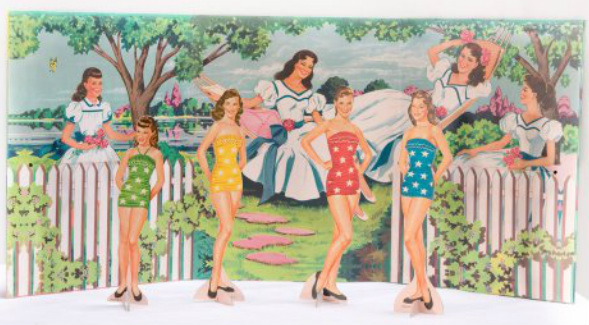 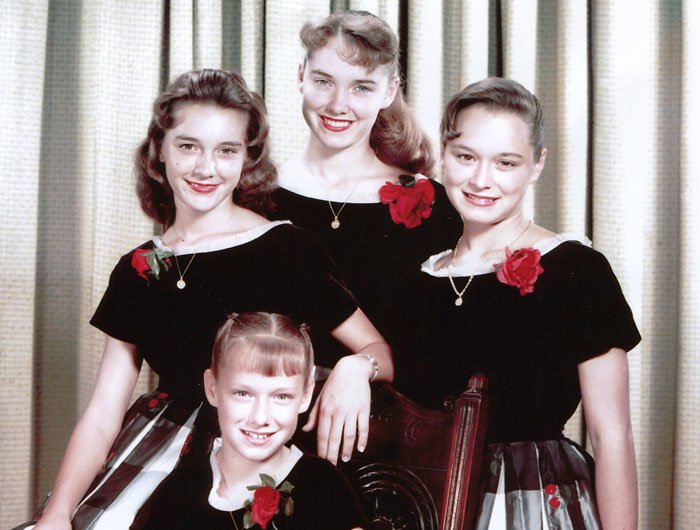 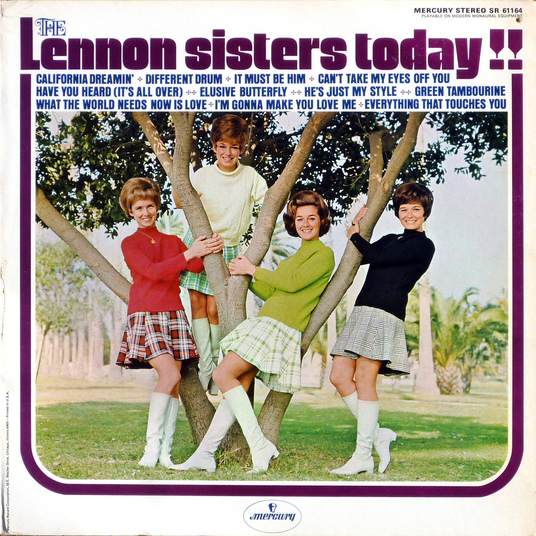 Deedee, Janet, Kathy, Peggy
wikipedia/The_Lennon_Sisters
The Lennon Sisters are an American singing group initially consisting of four siblings:
Dianne (born December 1, 1939),
Peggy (born April 8, 1941),
Kathy (born August 2, 1943),
Janet (born June 15, 1946).
They were all born in Los Angeles, California of German/Irish and Mexican ancestry.
The group were a regular on the weekly television show, The Lawrence Welk Show.
The original quartet were the eldest four in a family of twelve siblings.
In 1992, younger sister Mimi replaced second sister Peggy who retired.
Sister Dianne (DeeDee) has also retired.
The current group line-up, appearing mostly at Welk resorts, consists of Mimi, Janet and Kathy. In 2001, The Lennon Sisters were inducted into the Vocal Hall of Fame.

The quartet debuted on The Lawrence Welk Show on Christmas Eve 1955[1] after their school classmate,
Larry Welk, son of Lawrence Welk, brought them to the attention of his father.
Welk was home, sick in bed, when his son brought the sisters in to sing for him.
He was so impressed he picked up the phone and booked them for that week's show.
They were a mainstay on the show until they left to start a career of their own in 1968.
The quartet was only three members from 1960 to 1964;
oldest sister Dianne (Dee Dee) married, left the group, and then rejoined them.
Peggy sang the high harmony part, Kathy the low harmony,
and Janet and Dianne sang the middle harmony and lead parts.
Janet also specialized in barbershop or counter-harmony,
taught her by her Dad
(who performed during the big band era as one of a quartet with his own three brothers),
He was tragically murdered in 1969
LennonSisters/WilliamLennon
Singers/vintage/Lennon sisters
Two of their five brothers, Kipp & Pat Lennon make up part of the band Venice
along with first cousins Michael and Mark Lennon 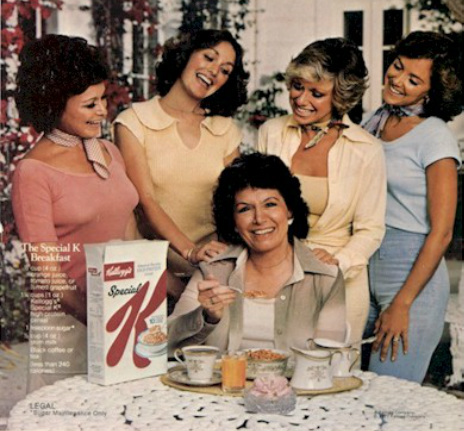 Isabelle mother of the Lennon sisters and 8 other children and 30 grandchildren
Isabelle Emily Lennon Miller, 85,
of Branson Missouri passed away Sunday, May 1, 2005 at her home, surrounded by her family.
Isabelle (Sis) was born on July 25, 1919 in Los Angeles, California to Danforth and Ysabel (Alvarez) Denning.
She graduated from Venice High School in Venice, CA.
She married William Herbert (Billy) Lennon on February 19, 1939 and they were blessed with twelve children.
7 daughters - Dee Dee, Peggy, Kathy, Janet, Mimi, Annie, and Mary (dec)
5 sons - Dan, Pat, Bill, Joe and Kipp;  ( Kipp leads the band Venice)
They celebrated 30 years together before he was killed in August 1969.
At the age of 79, on October 17, 1998 Sis married her high school sweetheart, Joseph Braxton Miller.
Sis, mother of  entertainers -The Lennon Sisters and The Lennon Brothers, moved to the Tri-Lakes Area in 1996 from Venice, California. A loving mother, grandmother, great grandmother and great great grandmother.
She was the Rock upon which the Lennon Family was built.
She was preceded in death by her parents, Danforth and Ysabel Denning, her husband William Herbert Lennon, her brother Danforth Denning, Jr., her daughter Mary and two grandsons, John and Samuel.
Isabelle is survived by her loving husband Joe Miller; 6 daughters and 5 sons,
6 stepsons -- Stephen, Philip, Tom, Dan, Chris and Pete; 1 stepdaughter -- Teresa;
30 grandchildren; 18 great grandchildren; 1 great great granddaughter; 31 step grandchildren;
3 step great grandchildren;
and hundreds of people of all ages whose lives were changed by her generous and welcoming spirit.
© 2006 The Lennon Sisters LLP
Isabelle Lennon Miller 1919 - 2005
Lennonsisters.com/IsabelleEmilyLennonMiller
Isabelle Emily Lennon Miller, 85, of Branson Missouri
passed away Sunday, May 1, 2005 at her home, surrounded by her family.
Dianne Lennon also known as Dee Dee, born December 1, 1939.
She was 16 when the girls began on the Lawrence Welk show. After she wed Dick Gass in 1960,
she retired to raise her family, three children (and five grandchildren).
She returned to the show in 1964 until the sisters left in 1968. Until her retirement in 2001,
she continued performing with the girls on TV, stage, and in Branson,
where Dick is an alderman for the city, (and where Di enjoys golf.)

Peggy Lennon -born April 8, 1941 was 14 for the TV debut.
In 1964 she wed Welk trumpter Dick Cathcart (16 years older)
Peggy had a beautiful family of six with 3 stepchildren. (Dick  passed away in 1993).
After ending with the Welk show 1968 Peggy continued to perform with the sisters in concerts,
TV appearances and in Branson until her retirement from the stage in 1999.
She lives in Northridge, CA with second husband, Dr. Bob Felt.

Kathy Lennon, -born August 2, 1943.
Came on the show at the age of 12. Kathy has been known to manage the group's business, and for a while dated Larry Welk, Jr. Her sunny personality means she's always good for a laugh and is considered the most athletic.
She first married Welk saxophonist Mahlon Clark and is now married to Jim Daris in Branson.

Janet Lennon -born June 15, 1946.
Janet sang many solos as a girl and has appeared in many magazines. She married Lee Bernhardi in 1966, and later married John Bahler, photographer and bandleader of the Lawrence Welk Orchestra in Branson, MO.
She has five children and seven grandchildren, which no doubt will continue the Lennon family tradition of music. 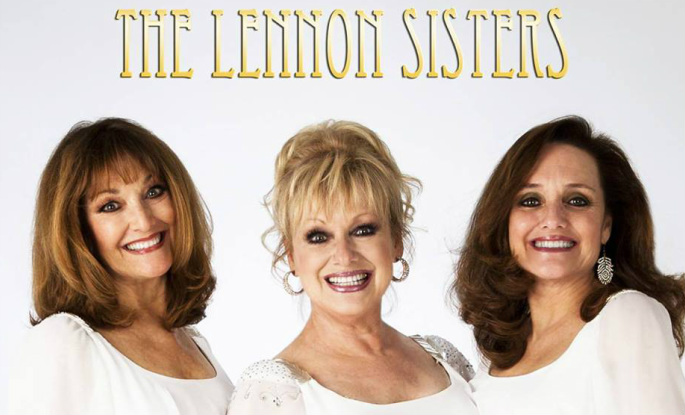 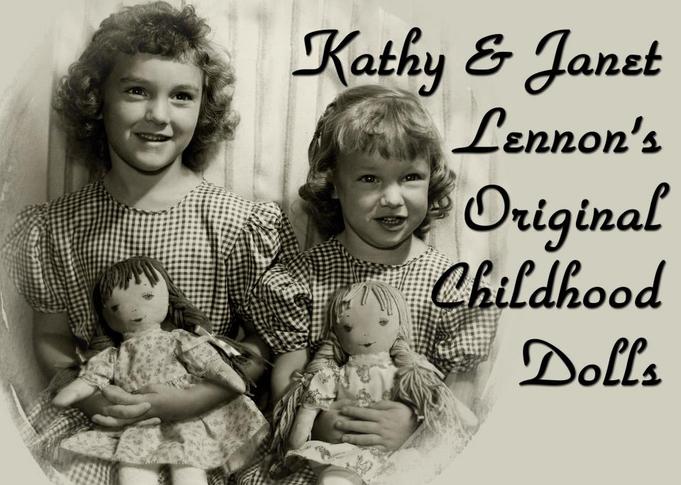