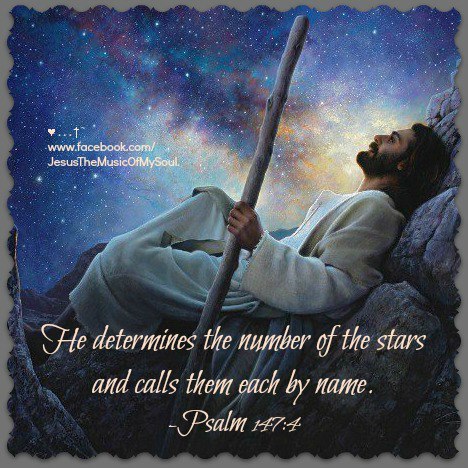 Greg Olsen art
He flings the stars into space and speaks in thunder and lightning.
He paints the sunset with a brush dipped in flaming light.
He stoops to put the perfume in the rose and the sheen on the lily, but His greatest greatness is love.
So deep is the tenderness of His infinite love that as I gaze up into His face I find that He is touched,
and His face is even as the face of a mother whose whole heart
goes out in compassion to her suffering child.
Roy Lessin
Ah, that is the kind of God I need!
For I am like the woman who came into the pastor’s study and asked,
“Is there any one here who has a broken heart who can talk to me?”
Thank God, there is! As I look at the cross I know that He cares. –Anna J. Lindgren 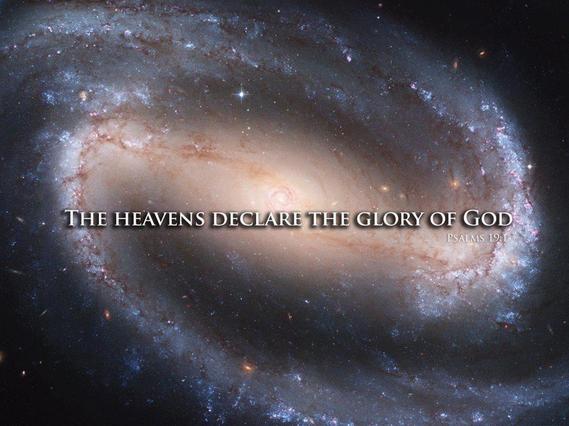 Great Oaks bow down with majesty
At the whisper of Your name
The surf breaks forth with a mighty roar
Your greatness to proclaim
The stars like diamonds shine at night
To magnify Your Grace
The mighty sun that gives us light
Your very Hands did place
Each grain of sand upon the earth
Has been counted out by You
The brilliant sky that never ends
You chose that shade of blue
Shy rosebuds in the garden
Burst forth to worship Thee
The birds cry out with joyful song
Your majesty they see
You are the Great Jehovah
The God who made all things
The Alpha and the Omega
In Your name the angels sing
I fall to my knees Sweet Father
In gratitude for all You give
May I never fail to praise Your name
Every moment that I live.
~Patricia Guinn~
Lift up your eyes and look to the heavens:
Who created all these?
He who brings out the starry host one by one and calls forth each of them by name.
Because of His great power and mighty strength,
not one of them is missing. -Isaiah 40:26 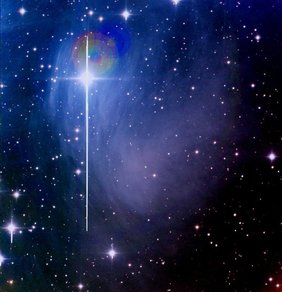 What Does The Bible Say About Stars?
horizonenergycorp.com/constellations/bible
God's Purpose for the Stars
In ancient times, signs were used as a witness of a special covenant
either between God and mankind or between different peoples on the earth.
In Genesis 9:12-13, God put a special sign in the sky.
And God said,
"This is the sign of the covenant I am making between me and you and every living creature with you,
a covenant for all generations to come:
I have set my rainbow in the clouds, and it will be the sign of the covenant between me and the earth. 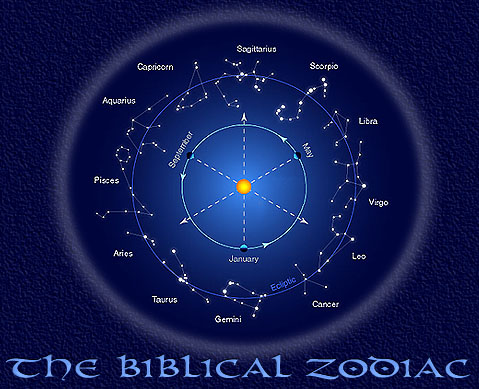 The constellations are also referred to as signs. (See Gen. 1:14-15.)
They are somewhat abstract in form. In other words, they don't look exactly like what they represent.
For example, the rainbow after a rain is a sign that God promises to not destroy the world again by water.
In like manner, the constellations bring to mind God's wonderful promises concerning the Messiah,
His redeeming work, and his Bride, the Church. 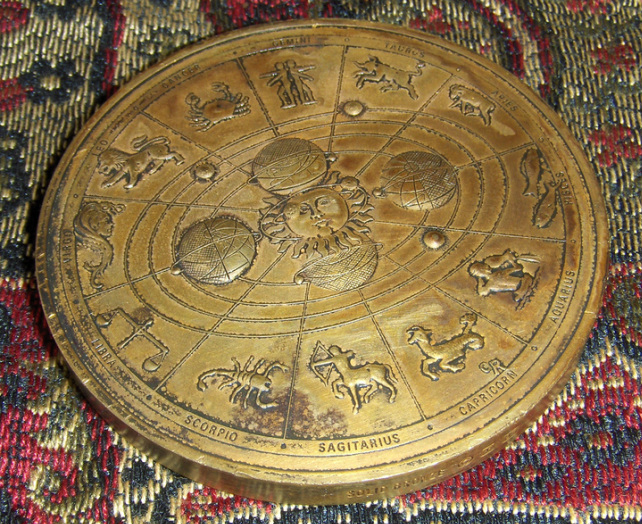 These 12 major constellations (or Mazzaroth, Job 38:32 )
mark a continuous circle (ecliptic) or line around the earth which today is called Zodiac,
from the Greek word zoad and meaning -The Way or A Path (John 14:6; Psalm 119:105).
Robert R. Jones II  Copyright © 1996
horizonenergycorp/constellations/bible
Gotquestions.org/astrology-Bible
The constellations (stars) in the Bible are like an outline of God's redemption.
What happens with astrology is that it turns into a worship of oneself, a form of idolatry,
whereas in God's word - the stars are a worship of God.
Astrology is highly condemned in the Bible,
wordcf.org/stars 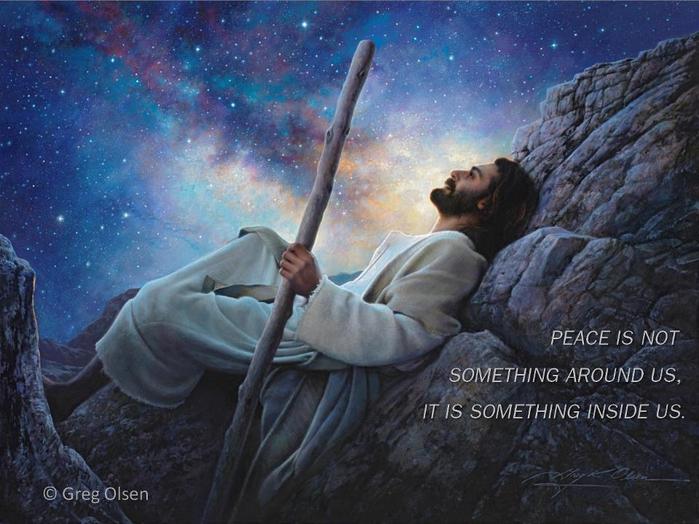 When we look up at the stars, we don't think of us and star signs
we think of and worship and give glory to HIM
for Star names are recorded in the Bible as appellations or attributes of Jesus.