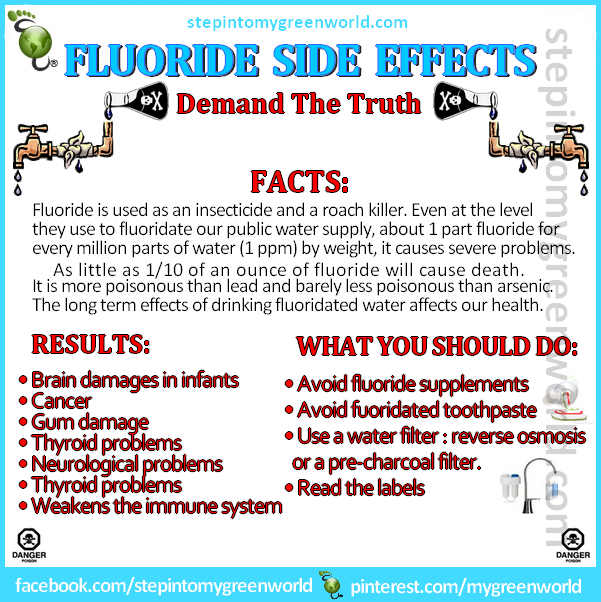 ♥♥♥
Turmeric: The Spice That Prevents Fluoride From Destroying Your Brain 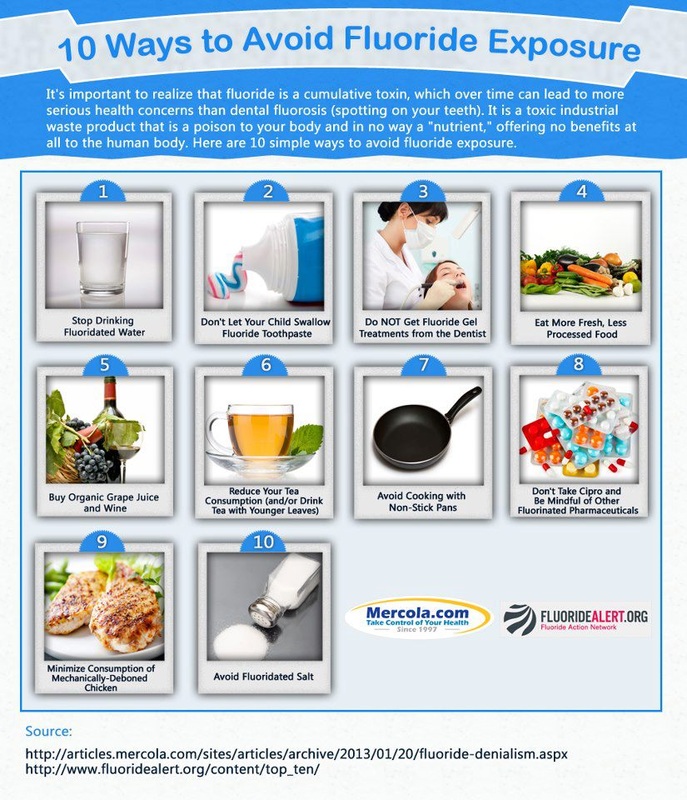 The good news is that having healthy teeth
is not so much a matter of genetics, but of diet.

Because tooth decay and crowded teeth are usually symptoms of nutritional deficiencies,
a whole food, nutrient-dense diet
is the best protection against tooth decay and bad orthodonture.

Toward that end, we have never given Baby cane sugar, fruit juice, or processed foods at all.
We also eat a whole food GAPS diet, that includes plenty of bone broth, leafy greens,
and high-vitamin fermented cod liver oil, which have lots of vitamins A, D and K, tons of minerals,
as well as Omega-3s—all crucial for healthy brain, teeth and bones.

Lastly, we help her brush her teeth with a pea-sized dab of our homemade toothpaste recipe,
which, like many kid’s toothpastes, has no fluoride.
She’s four now, and has beautiful, broadly spaced, strong teeth so far!

Ever wonder why most kids’ toothpastes have no fluoride?
Because kids inevitably will swallow some paste, and fluoride is extremely TOXIC.
In fact, eating a tube of toothpaste will kill a child
(and seriously harm an adult),
so be sure to keep any fluoride paste or mouthwash out of reach of little ones,
just like you do with bathroom cleaners and medicines.

For me, this begs the question:
Why are we putting a toxic chemical that everyone agrees
should not be swallowed into our food and water supply in the first place?

Most people don’t know that the type of fluoride added to water supplies, toothpastes,
and many beverages and foods is typically a waste product of
the nuclear, aluminum, and phosphate (fertilizer) industries.
The EPA has classified fluoride as a toxin.
Fluoride is so toxic that, in addition to being a primary, active ingredient in rat and cockroach poisons, pest fumigants and crop pesticides, fluoride is also an active ingredient in
anesthetic, hypnotic, and psychiatric drugs, as well as nerve gas used by the military. 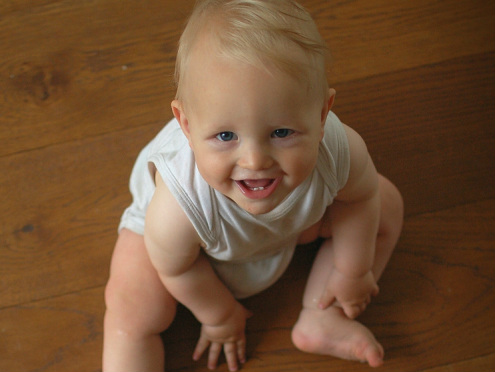 Under the U.S. Safe Water Drinking Act, it is illegal to dump fluoride in lakes, streams and oceans,
but, for some strange reason, it’s OK to dump fluoride into our food and water supplies
and then rub it into our teeth and gums twice a day. Hmmmmm.

Do we really want this stuff in our bodies at all,
especially when there are non-toxic alternatives that work just as well?

Fluoride Is Not Effective
You might be worried about how removing fluoride
from our drinking water or toothpaste might affect our teeth, but you needn’t be.

Topically-applied fluoride can help prevent tooth decay in people who eat poorly,
BUT all of the recent large-scale studies of water fluoridation have shown
that there are no proven, positive effects from the practice. None. No proof.
But there is plenty of proof of harm, including dental fluorosis,
osteoporosis and bone scarring, brain tumors, fluoroderma, and more.

Fluoridation is illegal, banned or just not used in an overwhelming number of countries,
including most industrialized countries. Despite pressure from the dental industry, 99% of continental western Europe has rejected, banned, or stopped fluoridation due to environmental, health, legal, or ethical concerns.
And yet, their children’s teeth are just as healthy as children’s teeth in the U.S!
In fact, in many parts of Europe where traditional, whole food diets prevail, they are healthier.

The good news is that the voice of concerned, unbiased science is beginning to overwhelm all the pro-fluoride industry propaganda. For example, in November 2006,
the American Dental Association advised parents to avoid giving fluoridated water
to babies or using it to make formula.

That’s right:
DO NOT GIVE FLUORIDATED TAP WATER TO BABIES OR USE IT TO MAKE FORMULA!
Protect yourself and your children by avoiding the consumption of fluoride.

Here’s more about the dangers of fluoride and how to keep your teeth healthy:
1. The Case Against Water Fluoridation –
The not-so-nice history of fluoridation, health problems caused or worsened by fluoride,
and how to reduce your exposure from the many unexpected sources of fluoride in your life.

2. The Real Cause of Tooth Decay (and How to Stop it Naturally) -
What really causes cavities? It’s not what you think!
Can you cure a cavity without a filling? Yes!

This is our family recipe for fluoride-free toothpaste.
It helps remove stains, leaves a fresh feeling in the mouth, helps relieve sensitive teeth, and saves money.

Homemade No-Fluoride Toothpaste♥♥♥
If you still have doubts, this movie from the Environmental Working Group
expertly sums up how and why to avoid fluoride wherever you can.
1. What can I do about fluoride in my water?
2. About water fluoridation and the phosphate mining industry
3. FLUORIDE TRUTH hits the TV in AUSTRALIA 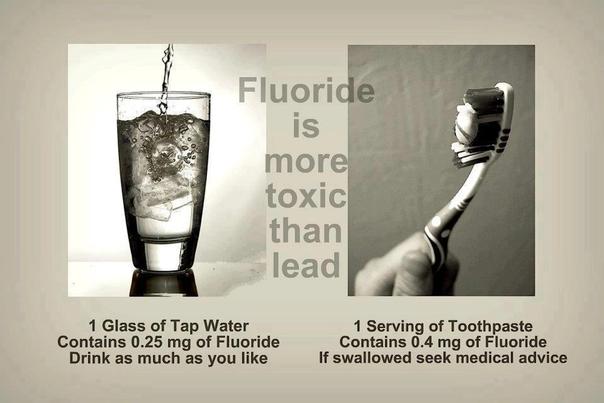 " If you stop taking fluoride, your body will get rid of it eventually.
The fluoride that gets stuck in your bones gets stuck there for life pretty much, but that is not necessarily bad. Where fluoride has adverse effects is in the soft tissues.
If you take over 200 mg of vitamin C per day that is all you really need for removing fluoride.
In three to six months you should have about 99% of it out which is good enough."
consumerhealth.org/articles/display
"Even if you don’t live in a community that adds fluoride to its water supply,
you will still be exposed to fluoridated drinking water.
This is because once fluoride is added en masse to water it winds in almost all processed beverages and foods.
In the U.S., studies have shown that sodas, juices, sports drinks, beers,
and many other processed foods, including infant foods, now have elevated fluoride levels."

"Due its toxicity, fluoride is used in some pesticides to kill insects and other pests.
As a result of fluoride pesticide use, some food products–particularly grape products, dried fruit,
dried beans, cocoa powder, and walnuts–have high levels of fluoride. "

"Tea plants absorb fluoride from the soil. As a result, tea leaves–particularly old tea leaves–contain high levels of fluoride. Brewed black tea averages about 3 to 4 parts ppm fluoride, while commercial iced tea drinks contain between 1 and 4 ppm. As a result of these elevated levels, numerous studies have linked excessive tea consumption to a bone disease (skeletal fluorosis) caused by too much fluoride intake."

"Many pharmaceuticals are fluorinated, meaning they contain a carbon-fluorine bond. fluorine.”
Although the carbon-fluoride bond in most drugs is strong enough to resist breaking down into fluoride within the body, this is not always the case as research has found that some fluorinated drugs, including cipro,
do break down into fluoride and can thus be a major source of fluoride exposure for some individuals."

"Cooking food, or boiling water, in teflon pans may increase the fluoride content of food.
In one study, it was found that boiling water in a teflon pan for just 15 minutes added an additional 2 ppm of fluoride to the water, thus bringing the final concentration to 3 ppm. "

"The mass fluoridation of water, and the resulting contamination of processed foods,
can make it seem like everything has elevated levels of fluoride.
The good news, however, is that most fresh foods and fresh water contains very little fluoride."
fluoridealert.org/issues/sources
ANOTHER GOOD READ IS: thepaleohygienist.com/tag/water-fluoridation-2 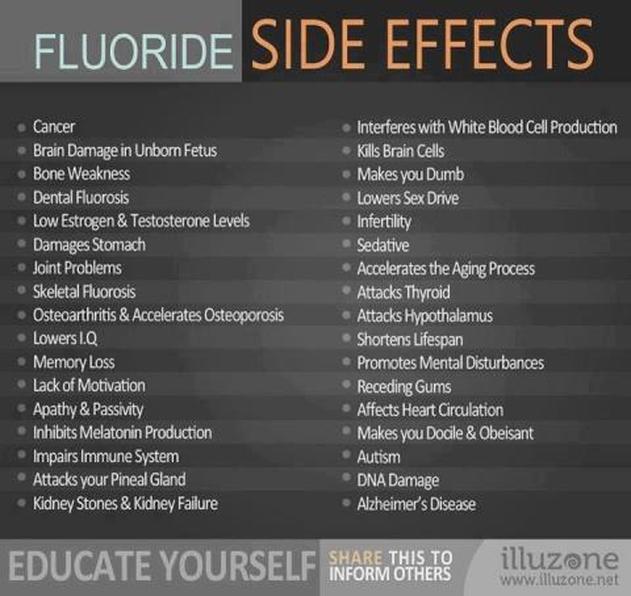